When it comes to Star Trek, I have always considered the TV shows to be a much superior product than any of the movies to date. And it’s a great time to be a fan of TV Star Trek, because we have several completed series to enjoy (The Original Series, The Next Generation, Deep Space 9, Voyager, The Animated Series, and Enterprise) and  a new series coming to CBS All Access in 2017 (Star Trek Discovery). But the offerings don’t stop there – we also have some great fan made projects that more than stand on their own laurels.  Some of  these efforts expand upon the original characters, tapping into a rich universe of settings and history to tell their unique story. And one effort that is doing it as well as anyone is Starship Valiant. 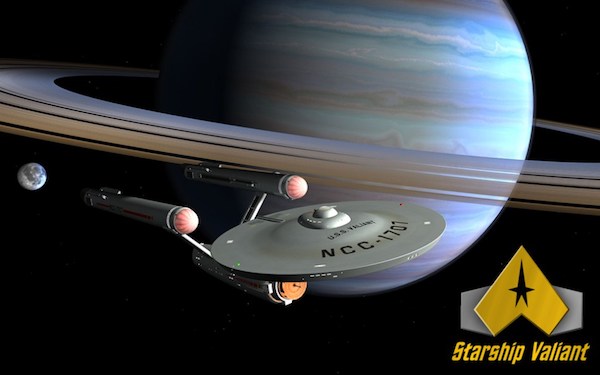 The Starship Valiant stories take place aboard the starship USS Valiant NCC-1707, in the timeframe roughly equal with The Original Series. The vessel is helmed by Jackson K. Bishop (played by the multifaceted Michael L. King), a complex individual that is calm under pressure and quick to strive for a resolution. The second in command is the ever capable Leeza S. Kennedy, and together, along with a formidable crew of Star Fleet’s finest, they take the USS Valiant where it is needed, often into hostile territory. 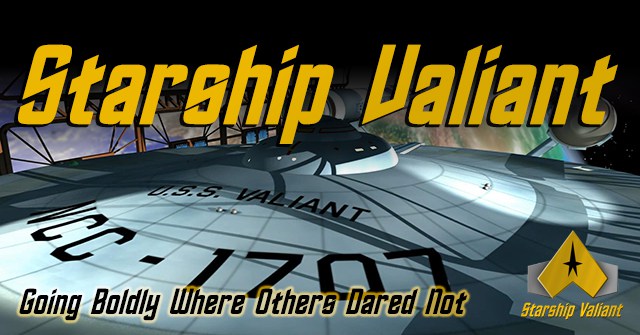 But the producers of the series are quick to pull the story back down from the stars and the technology and make it into a human one. This was one thing that Star Trek creator Gene Roddenberry was keen on doing, keeping it with his “Wagon Train To The Stars” original concept.  And I have not seen this done any better than with Starship Valiant’s latest story, “Starship Valiant: Crosses to Bear”.

“Crosses to Bear” explores the struggles and challenges that are faced by a doctor on a starship. In this episode a lot of the “action” takes place in the sickbay.  I won’t give anything away, but the title is a perfect fit for the episode.  David Cox, who plays Chief Medical Officer Roger Floyd, delivers a strong performance that showcases the humanity of it all. The episode is described as a story from the Starship Valiant Universe, and I find that the shorter run time (less than 30 minutes) works very well in this format.