At NerdBeach we have a strong affinity for all things Star trek, and who doesn’t love Lego? So, we thought it might be entertaining to start sharing our finds of Lego Star Trek models that we discover on the wacky worldwide web. To kick things off, let’s look at a model featuring our favorite Vulcan and alluring communications officer, Spock and Uhura. 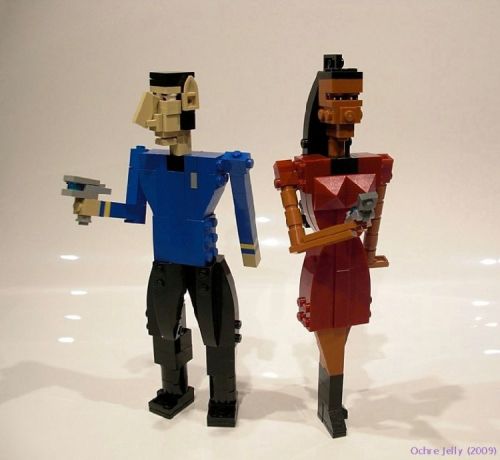 Spock serves aboard the starship Enterprise, serving as science officer and first officer, and later as commanding officer of two iterations of the vessel. Spock’s mixed human-Vulcan heritage serves as an important plot element in many of the character’s appearances. Along with James T. Kirk and Leonard McCoy, he is one of the three central characters in the original Star Trek series and its films. After retiring from Starfleet, Spock serves as a Federation ambassador, contributing toward the détente between the Federation and the Klingon Empire. In his later years, he serves as Federation ambassador to the Romulan Empire and becomes involved in the ill-fated attempt to save Romulus from a supernova

Cryptic Announces Star Trek Online On Track and In Development