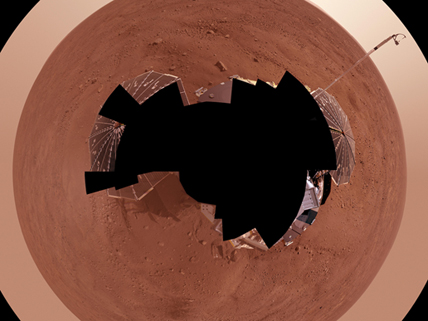 The full-circle panorama in approximately true color shows the polygonal patterning of ground at the landing area, similar to patterns in permafrost areas on Earth. South is toward the top. Trenches, where Phoenix's robotic arm has been exposing subsurface material, are visible in the lower half of the image. The spacecraft's meteorology mast, topped by the telltale wind gauge, extends into the sky portion of the panorama."