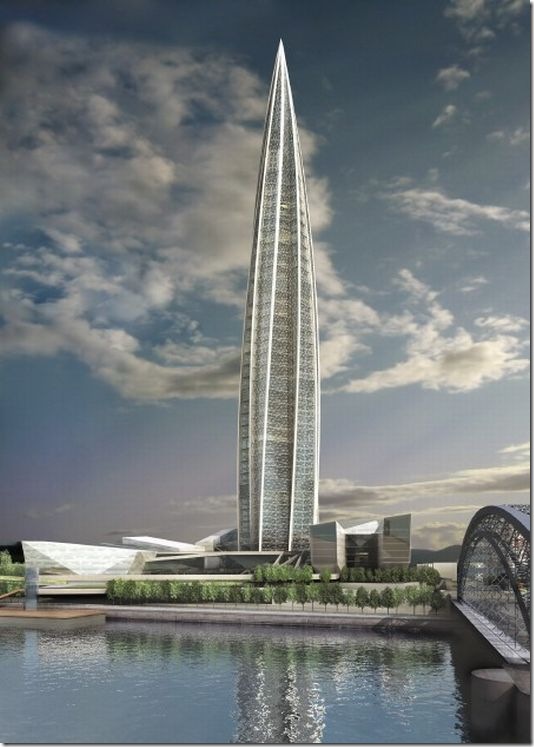 The energy conglomerate GazProm in Russia is building a new St. Petersburg office tower, but there is something unique abut it – the building could be one of the most efficient buildings in the world.  Not to mention it is strongly reminiscent of a rocket on the launch pad.

The tower is designed to house plants and trees between its double wall of glass.  The energy savings will be additionally increased by the glass itself, which changes color with the temperature.

The conditions in St. Petersburg, which range from minus 20s to the mid 80s throughout the year, should prove to be a good test environment for the technology.  However, the tower does stand a challenge with the locals who in the past have fought towers due to the feared negative impact it would have on the low rise skyline.

If the building can get the go ahead, construction can start later this year.  This would give an estimated completion date for the sleek green tower of 2012.

The Burj Dubai is Now the World’s Tallest Building