The Short Adventure of Hum The Robot

What do you do if you are a lonely robot, doomed to a life of menial kitchen service, and then discover that there is more to your existence? Tom Teller and his crew from the Dodge College of Film and Media Arts attempt to answer that question with this award winning short film. The animation was a project for their advanced production class. 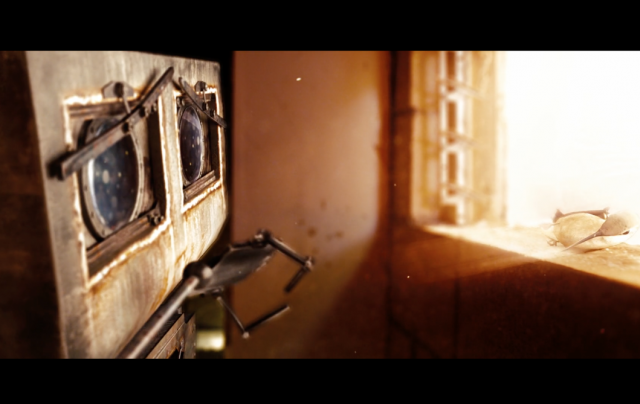 The robot Hum (ho-hum, maybe?) is happy enough in his kitchen workplace when his epiphany occurs. In many ways, the film could serve as a example that we all could possibly look beyond our existence and see more than we normally do on a daily basis. And, just as it does for the robot,  you can never tell when just such an opportunity might present itself. When you look at it this way, it’s easy to see that Hum, in his own way, deserves to be the hero of the story.

The short but somewhat gritty film lets us peak into this voyage of discovery with an ending that – well, I won’t spoil anything for you.