Has NASA Found Irrefutable Proof of Water on Mars? 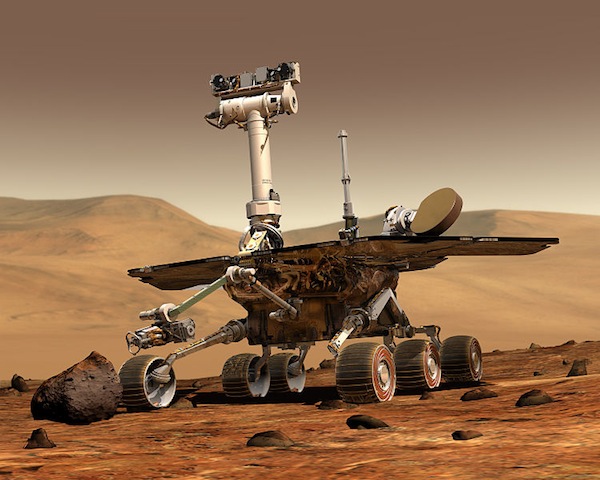 We have looked for proof of water on Mars before, but now NASA claims to have discovered "bullet proof evidence". The proof was discovered by the Opportunity Rover, and it comes in the form of a small mineral vein. 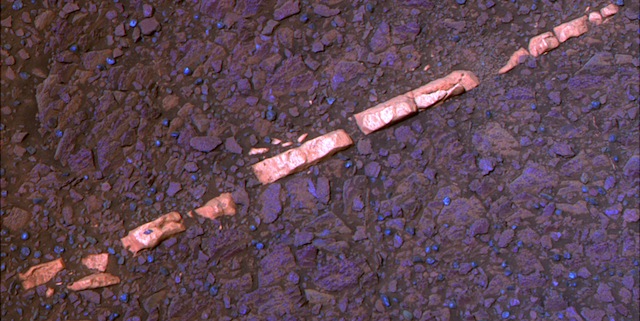 Only 18 inches long, the vein could be proof of water on Mars credit NASA

The vein was named "Homestake", and it was really an amazing find. Measuring only 18 inches long and about an inch wide, composition reports put it as consisting of calcium and sulfur, otherwise known as gypsum. According to Steve Squyres, Mars Exploration principal investigator at Cornell University,

There was a fracture in the rock, water flowed through it, gypsum was precipitated from the water. End of story. There's no ambiguity about this, and this is what makes it so cool


The find is not only exciting because of its physical formation (gypsum had previously been detected on Mars from space), but that gypsum could have also formed in less acidic conditions than those currently found on Mars. Less acidity increases the chances for finding life.

If there is anything to take away from this, it is that the Red Planet still has a lot of secrets to be discovered. While it's doubtful that it will be of the "Martian" variety, such discoveries may be even more earth shaking over the long term.

Opportunity, MER-B (Mars Exploration Rover – B), is a robotic rover on the planet Mars, active since 2004. It is the remaining rover in NASA's ongoing Mars Exploration Rover Mission. Launched from Earth on 7 July 2003, it landed on the Martian Meridiani Planum on 25 January 2004 at 05:05 Ground UTC (about 13:15 local time), three weeks after its twin Spirit (MER-A) touched down on the other side of the planet

Explore Mars and the Curiosity Rover Through a Panorama

Wireless Water Proof Submersible Speaker is at Home in the Pool

NASA’s Phoenix Mars Lander Sends Back First Arctic Photo
2011-12-11
This quality page is being brought to you ad free, putting the focus on content. Thank you for visiting NerdBeach!