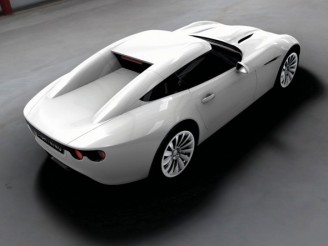 While the Tesla was probably the first electric supercar, hot on its heels we have Britain's Lightning GT with its own impressive numbers.  It sports 700 hp, does 0-60 mph in about 4 seconds, goes 250 miles on a charge, and can fully recharge in about 10 minutes (given the right recharging station).  The battery lifetime expectancy is 12 -15 years, with 15,000 charges.  The new battery technology, Nanosafe's Li-ion cells using nano titanate structures instead of traditional graphite, may prove to be just as super as the car itself is.

With this kind of technology, you could pull in at a charge pump and "fill up" about as quick as a typical gas pump does now.  So, I guess that makes an electric supercar more practical than ever.

Venturi Volage is an impressive all electric sportscar