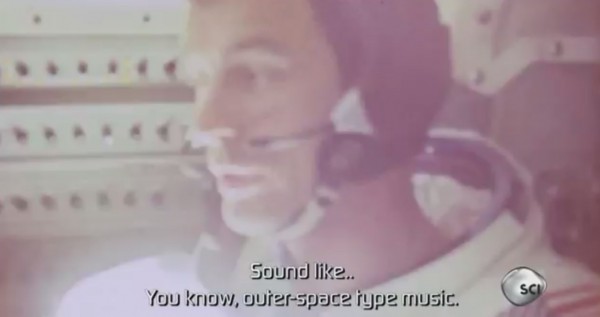 When Apollo 10 first crossed the barrier into the dark side of the moon in 1969, the astronauts reported, and recorded, strange sounds over their headsets. They described the sounds as “outer-space type music”, but could not determine the source. NASA tagged the records and kept them buried for 40 years.

But now these records have been released to the public, and the show “NASA’s Unexplained Files” on my favorite channel, the Science Channel, takes a look at these mysterious sounds.

Could they be electro-magnetic radiation radiating from the sun? We have seen this type of spectrum turned into sound before, and perhaps the analog radio equipment of the day acted as a filter for the noise. But that would not explain why subsequent trips, with similar equipment, would fail to capture the same effect.

Watch the video, and create your own hypothesis as to the source of the music from the dark side of the moon, sans Pink Floyd.