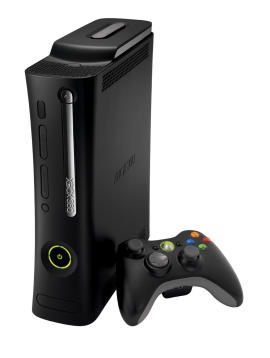 When video games are mentioned the first thought is typically of the home console, and for good reason.  This has been the prevailing market for quite a number of years, and the market is huge.  If you go back a few years a lot of people would think of PC game at first.  If you go back a decade or two, the mention of a video game would bring to mind an arcade machine.  It would seem that the concept of a video game is sticking with our society, even though the physical concept has changed.

Now, let’s take a look at the current home console market.  On the surface things are great.  Nintendo has penetrated the market deeper than ever with the Wii, hitting a new group of casual gamers.  Microsoft’s Xbox 360 has deeply penetrated a market that was previously served by well equipped PCs.  Sony’s PS3 has continued to sustain its market quite well, if not its market share from the previous generation.

But with this rosy picture there are numbers that could paint a different picture.  The total number of portable game devices is already greater than the home console market, with 108 million installed units versus 57 million.  This could be interpreted to show that there is a very addressable market segment that does not, and probably will not, own a home console.  This is true for today’s generation, which admittedly is not a direct threat to the home console.

So, if it is not a threat, what is the issue?  Well, we have to factor in technological advances, some not as far off as you would think.  It may sound odd to talk about a gameboy threatening the home console, after all the playing experience is so much different.  On a home theater setup you have Dolby surround, HD screens, and nice controllers, all nicely integrated to an online service.  You cannot get that from your DS or PSP.

However, consider the home stereo.  We have people with recording collections that would make any serious audiophile of the past green with envy, yet they do not even own a home stereo.  Instead these new music lovers have an Ipod, a Zune, or other MP3 player, and they buy a large portion of their music online or move it to their device quickly when physical media is purchased.  For home listening the ownership of a dock with speakers is fairly common among these new music lovers.  This gives them a more or less quality experience at home with the capability to take it with them.  Their music/audio collection becomes a point of identity for a lot of these people, and a surprising number partake of extended uses beyond just music, many branching out to video.

So, what would it take for this shift to happen with Video Games?  Well, as I said the technology is not that far off, although it may take a couple generations to be mainstream.  The first is storage; a portable game system must contain all of your games in order to be truly convenient.  This is a lesson learned early on by Apple with its Ipod, convenience sells.  So far we have not had a portable game system with a mass storage device, but the capability is obviously there.  As for purchasing games online this is already happening, and fits well into this paradigm.  It could be a market just waiting.  Already people are loading up their cell phones with much less capable games, so the concept is proven.

The next technological requirement for portable video games to take dominance is a presentation on an improved home experience. This is analogous to sticking your portable player in a home dock so that it sounds better. In this case you would place your portable device in a dock and it would be instantly playable on the big screen, complete with the surround sound and the sub woofer (purchased separately, of course). This is not a new concept; Nintendo had somewhat similar capabilities with the gameboy generations back, predating a lot of the music player docks of today. The concept is again proven, even if it may have been introduced too early. Multiple screen resolution chips are already available that could serve a local screen and the dock.

Another technological requirement that could be a real bonus to a portable device is the inclusion of an online service. Already we have eBook readers (Amazon's Kindle ) that are equipped with such capability at a minimal cost, so it could be more than palatable to all parties. This would allow you to get your games from practically anywhere, anytime, for only a small fee of course. Also this feature of being online and gaming would be an area that the home consoles could not compete. For instance, if you are in the middle of a game with an online friend and need to leave, simply take it with you. You leave the big screen behind, but the game is with you.

Beyond that, a contributing factor may not be the portable machine itself but the cost of development. Today it costs on average 9 million dollars for a major company to bring out a video game, as compared to roughly 1 million for a portable game. These are different development efforts for a similar title, often being done by different companies. Having the capability of writing for both the portable and home console market with a single effort would lead to increased profits.

As it stands I feel confident that Home Consoles are not going anywhere today, nor do I think they will become obsolete any time soon. But as video gaming becomes more and more accepted and portable devices become more capable (especially if they get a home user expansion dock), a home console may be the CD player of today. Yes, it works, and everyone has had them, but why bother?