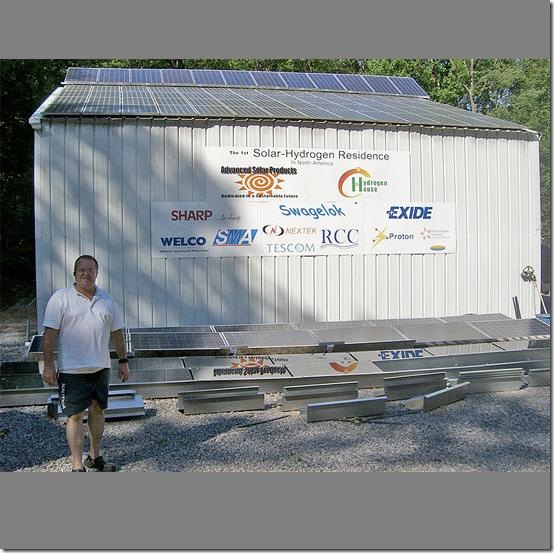 Mike Strizki is one of my heroes.  The 51 year old civil engineer did engineers in general proud by shucking the grid and building his own solution to the energy problem.

Mike's home is hydrogen powered, as is his Mercury Sable.  The alternative power process starts in his garage, where 56 solar panels charge up 100 backup batteries and feed power to his house, as well as power an electrolyzer for the hydrogen creation process.  The hydrogen created from water and power is used to not only power his home and car, it also can be used in a fuel cell stack.

The price for the green power system is a bit daunting, but Mike used $100,000 of his own money and figured out a way to get more than $400,000 in grants from various sources, including the New Jersey Board of Public Utilities. Sharp, Proton Energy Systems and Swagelok.