Cryptic Announces Star Trek Online On Track and In Development 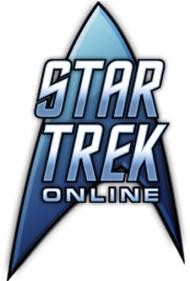 The time to go online and become the captain of your own starship is getting closer at hand.  The Star Trek Online game, which has for years been in development limbo, is on track to be ready for players in the near future, at least according to developer Cryptic Studios Inc.  At this  time no exact release date has been announced.

The ideal is that players would start as the captain of their own ship, and as the game progresses the player would interact with new alien races, gaining experience, larger vessels, and a bigger crew.  According to Jack Emmert, Cryptic Chief Creative Officer,

You'll venture through space exploring new civilizations and life-forms.   You'll also beam down to planets and have adventures inside your ship. It's a galactic-wide game. There's going to be tons of space to investigate. We have a great system for exploration, which will allow for almost infinite possibilities.

Cryptic picked up the rights to Star Trek Online after Perpetual Entertainment had plans to kill it.  The purchase involved no assets other than the name, so it is a new build from the ground up.

The game will take place a few generations after the last "Trek" film, so characters from the TV shows will probably not be part of the gameplay experience.

There might be a ship called Enterprise flying around, but it's probably not the same ship anymore. Most of the characters will have either retired or passed on, but you'll definitely be going to all the places you know and love from 'Star Trek.' Expect to see oldies like Vulcan and Bajor but also fan favorites like Andoria and Qo'noS

Cryptic has the development of "City of Heroes" and "City of Villains" under its belt, as well as the ongoing "Champions Online", so it looks like Star Trek Online has a really good chance this time around.  We can hope that a large game like this does the franchise justice, and if it does I have no doubt it will be very successful.