Today on GamerTalk we are discussing the recently released Sonic the Hedgehog game Sonic Forces. This game is the latest in the Sonic series, created by the same team that did Sonic Colors and Sonic Generations. Cody Chaffins has been heavily researching the game for us, and we are curious as to what he has discovered. 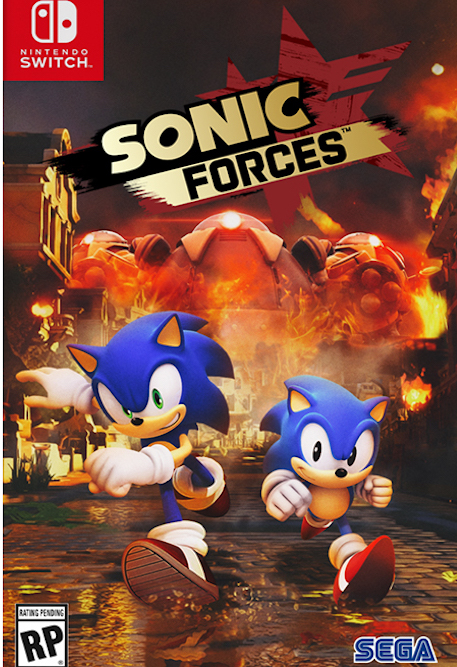 NerdBeach: First of all, let’s see what you thought about the game. If you had to summarize it and give Sonic Forces a score out of 10, what would you give it?

NerdBeach: What do you feel is the game’s best asset?

Cody: I like the plot, it’s good. I also do like the custom character generator, it adds to the game.

NerdBeach: What would be your main criticism of the game?

Cody: The game is just too short. The average person could probably beat it in 4 hours or less. Even if you had a problem with your dominant hand you could beat it in under four hours. I’m not joking.  And why is classic sonic in the game after 80 percent of the game is already in 2D?

NerdBeach: So the levels are short?

Cody: Yes. Each level is only 1 to 2 minutes long.  You just start getting into the game and then the level’s over. It can be irritating. I still find that some of the levels are well designed but too short.

NerdBeach: So level design is good in Sonic Forces?

Cody: Well, some are, they can even be really good for what’s there. But at times the levels can feel flat and uninspired.

NerdBeach: I know that Sonic Forces mixes both 2D and 3D gaming styles. How did that seem to work?

Cody: I think there was too much 2D gameplay and not enough 3D. Which is sad, because the 3D that was there really worked, ti was really good. But there needed to be more of it,

NerdBeach: Are there any new features in the game that you liked?

NerdBeach: How many characters can you actually play as in the game?

Cody: You can play as the two Sonic Characters and as your custom character you created.

NerdBeach: Do you like that Sonic Forces is a direct sequel to Sonic Mania?

Cody: Yes, I do like that, but the execution was off. It seems like they did it on purpose just so they could retconn some older games.

NerdBeach: The classic sonic levels, are there new levels?

Cody: Well, they keep bringing back the Green Hill and Chemical Plant levels. They did that before in the last game, Sonic Mania. And then they retconned Sonic Generations, so now Classic Sonic is not from the past but from another dimension. It can be confusing to longtime fans of the series.

NerdBeach: Are there any disappointments you have with the game?

Cody: Yes. The game was advertised to feature four main villains from previous Sonics – Shadow, Metal Sonic, Chaos, and another. I was looking forward to playing against these characters, it seemed to be a main game plot of the new game as it was portrayed. But then Chaos, in the second cutscene, gets killed off and you don’t even get a chance to fight him. This ticked me off since I was excited to see him in a Sonic game again. So, classic Sonic appears and just kicks him, so he’s dead. You don’t even fight Shadow, so there’s another great villain wasted. And another villain you kill off in the third level. So three of those four villains are dead in the first 20 minutes. And even then Metal Sonic is way too easy to kill only 30 minutes later, leaving none.

NerdBeach: Do you think the classic villains were more of a marketing tool than a crucial part of the game?

Cody: It did feel tacked on. And I liked Chaos a lot in the older game, so I really didn’t like him not being a bigger part of the game after the way it was advertised.

NerdBeach: How would you rank Sonic Forces with the other Sonic games?

Cody: It’s not in my top five. I still like it, it’s a good game overall and I always like a good sonic game, but it doesn’t live up to some of the previous games. Still, I would rate it as seven out of ten just as an overall Sonic game.

NerdBeach: Sonic Mania was more or less a fan project that became a real game. Now with Sonic Forces, we have the professional doing the more or less sequel, which gives a great comparison point. Which do you think did the better job?

Cody: The fan project (Sonic Mania) was better. It was almost as if Sega didn’t know what they were doing, and they tried too many things in the new title. Such things as three different gameplay styles instead of being consistent with each title. Some of the choices they made were poor, that’s all. The classic Sonic doesn’t control as it did in previous games, which is confusing.

NerdBeach: With that said, would you play another Sonic game if it came out?