The name Segway conjures up images of the once popular personal transportation device. Well, that and images of mall cops running the halls, of course. But that may soon change, thanks to the latest offering by the company – the Segway Loomo robot. 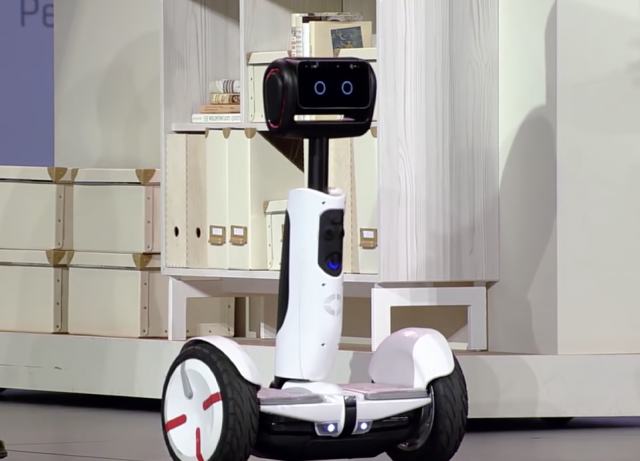 As you would expect, Loomo is a self balancing, autonomous segway-esque device that has autonomous capabilities. Loomo uses robotic vision and sensors  to navigate its way around your favorite domicile, and it has microphones and speakers for communicating with mere mortals.

The current Loomo is a developer edition, and Segway Robotics has selected its initial development partners. Intel announced the Developer Program in Shenzhen this past April, and apparently the response was good. Chosen developers will receive the Loomo SDK as well as a special bay in which to attach various hardware accessories.

Some development partners have specific goals in mind. For example, BMW is exploring autonomous driving, and Intel is looking at increasing their depth in personal robotics.

The MIT Smart Center is exploring possible medical and elderly care. Loomo’s potential for human transport makes this seem a good candidate for focus in this area.  Fallen and can’t get up? Call for Loomo and it can help to get you to a safe area. And if you are out shopping, perhaps Loomo can even help to take you to someplace to get help, such as a business office or information booth. It could even flag down help as it stands guard over you.

Stibo Accelerator is looking at enterprise and consumer safety as well as a focus on retail. Now, I don’t know what direction Stibo is taking with retail, but I look forward to the time where such a device could run errands for you at the local shopping center while your attention is focused elsewhere.

The personal robot is probably coming sooner than later, but one that can offer you a ride as well as do your bidding is an interesting concept. Of course, Kitt the autonomous car has already explored this concept, and while I doubt there would be a turbo boost option any time soon, it still makes for a fascinating type of personal robot.

The dynamics of the Segway PT are similar to a classic control problem, the inverted pendulum.

ROBOTOPS Unveils New Robot and Potential Warrior (In Our Opinion)