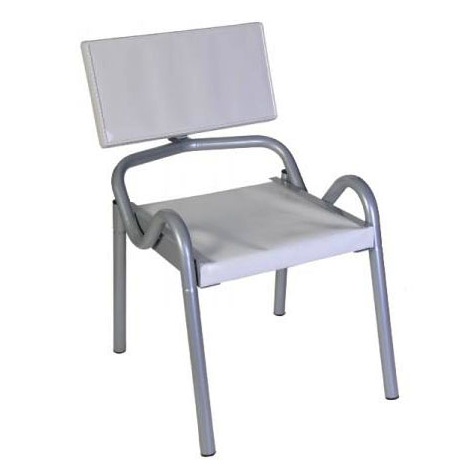 Satellite TV is a great option for many people who want access to lot of channels in a relatively economical way. However, the problem is that a lot of apartment dwellers are not allowed to mount a dish on the property. But now there is a covert solution to the problem – the SatPlus Sat Chair.

The SatPlus Sat Chair is disguised to look just like a typical metal chair, but in truth it had both the satellite dish and LNB built into the design. You just have to set it on the balcony, run a cable, and you are set to go. Well, you will probably have to do a bit of aiming, but you get the idea.

One thing to consider about using this kind of equipment is that it could help to deter thieves. When they are out shopping around for some new electronics gear to pick up at an opportune moment, they will overlook your stash completely. After all, there is no visible satellite dish to tip off thieves or landlords.

Now, when you trudge outside to shovel the snow off of your SatPlus chair but don't bother with the sidewalk or anything else, that might seem a little suspicious. As far as the cable goes, just claim that it is an anti-theft device for the chair. Yeah, that will work…

The dish is a reflector antenna and almost anything that reflects radio frequencies can be used as a reflector antenna. This has led to dustbin lids, woks and other items being used as "dishes". Coupled with low noise LNBs and the higher transmission power of DTH satellites, it is easier to get a usable signal on some of these "dishes".