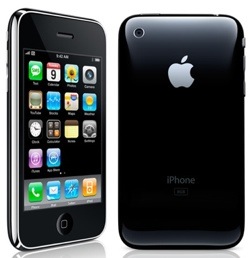 Okay, I have a slick iPhone, and I like it.  Actually, having previously owned Pocket PCs (before they were so dimly in my opinion renamed Windows Mobile), I find the iPhone to hit on the major points I like in a pocket device – it is online, it has a big chunk of memory to hold media and other data, and it is thin enough to carry anywhere. It is sleek (but not perfect – my biggest gripe about the device itself is the inane inability to multi-task user apps. However, that is another topic).

The iPhone itself really shines on its online capabilities.  As a matter of fact, a major portion of the apps on the App Store will not function if a connection is not present.  And, I will put forth now, is the iPhone’s Achilles’ Heel (at least in the states) – the data connection is handled by a third party.

I have a soft spot in my heart for AT&T.  I grew up with Ma Bell, and at the time if you had a problem with your phone, your line, or anything else, help was just a phone call away.  Sure, they took their pound of flesh in long distance rates, but you had a distinct feeling that they cared about their quality of service. I also need to mention Bell Labs, and give them Kudos for such an excellent establishment.

But fast forward to today.  Remember that shiny iPhone i was talking about earlier?  Well, I do have occasion to use the phone at my domicile, and according to the carrier maps I should have an excellent signal.  And, true to their word, I do.  As a matter of fact, I have it many times of day.  See Fig 1, the unmodified screen shot below for proof.  This was taken fresh this morning:

Unfortunately, this is an often fleeting moment. Now note Fig 2 above,  the next unmodified screen shot, and its time stamp. The time is the same (6:27 AM), but something has changed.  To be more exact, my signal has changed.  It has went from full on five bar 3G to 1 bar Edge in less than a minute.  Bummer.

This sequence of events repeats many times throughout the day, and to say that it is a bit frustrating is an understatement.  Voice calls do work, however, so as a phone carrier AT&T is delivering.  It is their data that needs attention, and the switch from 3G to Edge wreaks havoc on any online activity going on at the moment.

To be fair, before writing this article I did call AT&T and see if they could be of assistance. Their response (after checking for any reported problems, which I did appreciate) – call Apple, must be the phone. Ah yes, that explains it… not. Why would the phone only give trouble in select locations, and in a repeatable pattern? Before you ask, the phone is running the latest updates, and I do cycle the phone’s power to get any tower updates as well.

To verify that it was not some kind of local interference, I tried my spouse’s windows mobile phone on Sprint under the exact same circumstances (that is, I used it right where I was standing with the other), and it had a solid data connection.  Something amiss, certainly. I still love the iPhone, and in a lot of situations AT&T delivers the goods. But in a few select locations I feel like I am playing data roulette.

Given the hit or miss signal, I have loaded my iPhone up with a local copy of Wikipedia in order to feed the urge to look up something.  At times I do not even miss the wavering connection. And while it is very convenient to say that I did not receive a given email at times (I am kidding…really), I would rather have the connection suggested by the coverage map all day long.