By: Greg Chaffins
In: Uncategorized
Tagged: Balance Board, BMI 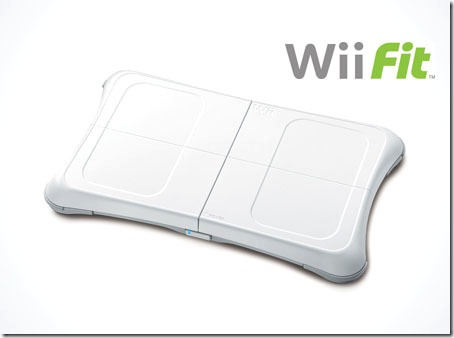 The WiiFit has been released upon the masses in the United States today, and having gotten my grubby little hands on one I felt it was fitting to give a mini-review.

WiiFit is technically the WiiFit game disc, and it comes with the Balance Board, which can be used with other programs as well.  One stand alone Balance Board game that is popular at the moment is a full skiing game, a natural fit for the board. But the WiiFit program has some simple games on it, so I would suggest to give those a try first. WiiFit itself is a program to motivate you to be a bit healthier with some fun games and exercises.  [more]

Once you get the WiiFit home, you pull it out of the box, put the included batteries in the Balance Board (leave the battery cover off for a minute) and stick in the WiiFit game disc into the console.  The first thing my console did was an update, reading from the game disc. Let that go through its paces (it is pretty quick) and then the console will come back up. Now you are ready to sync the board to your console. 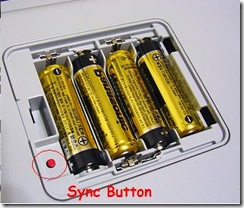 With the battery cover off on the board, press the red sync button.  The power light on the rear of the device will flash.  Now, this is important – while the light is flashing, press the sync button on the Wii console ( it is located on the console's flip out panel, same place where the SD card slot can be found). I had to do this twice, but the second time all worked. The trick seems to be to press both buttons fairly close together or the board will time out before the Bluetooth sync operation finishes.

Once the paring/sync is complete you are good to go, and there is no need to do it again (theoretically).  Just don't forget to replace the battery cover, and set the board right side up.

Now that you have the board and your Wii console properly introduced (it is a simple thing), you need to tell the program who you are. Select the game with a handy Wiimote (the spell checker is loving these words), and it will start asking you a few basic questions.  Eventually the  program will get around to weighing you (the board does this automatically when you stand on it for the setup) and, by the graces of the BMI measurement result, the game will give you a label.

Be prepared, at this point, to be called overweight or obese.  These are terms used by the application of the BMI measurement, not Nintendo calling you fat.  Now I don't particularly like the term obese, but it is technically correct within the confines of the measurements used (again, BMI).

If you are overweight, expect your Mii to have its appearance altered a little bit to reflect this while on the game menus.  This is Nintendo's work, and it should be taken as a motivator, not an insult.  I found it quite humorous myself.

From this point on you have the basic use of a calendar to track usage and weight, not that different from WiiPlay's fitness test in a lot of ways.  You also have stamping and a chart to track your progress, a good motivator on its own.

The WiiFit program is broken up into sections focusing on strength, aerobics, yoga and games. Each section really has its own advantages to put to use.

If you are like me the yoga and strength sections will challenge your very concept of balance, proving that a little focus in this area would be a good thing.  After a little practice I found myself doing much better, which is probably not saying much. But exercising on one leg while you balance your body is surprisingly challenging at first.

The aerobics are fun, and it has you doing step aerobics and more.  One of the interesting exercises does not even involve the board, but instead has you put a wiimote in your pocket and run in place (or around the room) as you try to keep up with the character onscreen.  The game also allows for two person running exercises of a similar nature.

The mini games are a blast, with such events as basic Soccer ball hitting, skiing through gates, and my personal favorite the ski jump.  Unfortunately I have not gotten more of these unlocked at the time of this writing, but they look interesting. WiiFit uses a bank character that records the time you spend playing the game, unlocking more events and games as your proceed.

WiiFit is an entertaining game that encourages you to get moving. The game delivers this on all fronts. The packed in Balance Board is a great device for game playing, and hopefully there will be a lot of games taking advantage of this capability. (Being a Bluetooth device, I am anxious  to see how it ends up in non-Wii projects, but that is another discussion).  While a bit pricey at first, Nintendo has a winner with the WiiFit package.  Even if it did call me fat.

Get your USB mini rad gaming on with Actiga