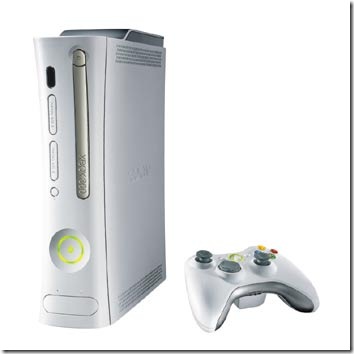 It's official (at least according to official NPD data), the newest member of Microsoft's gaming platform, the Xbox 360, has surpassed the original Xbox in the time it took to sell 10 million units.  This is an important milestone for a new gaming generation, since it indicates how well the console  is being adopted by the market. The Xbox 360 took 30 months, with the original Xbox taking 36 months, a  20% improvement.

I am no expert in the field of video game console marketing, but that number seems a bit on the soft side given that the PS3 had not been a serious threat for most of this generation (but it is up and coming).  It might be good to note that the Wii has sold a solid 24 million units in only 18 months, 12 months less.  While the game attachment rate (the number of games sold per console) is reportedly quite weak on the Wii as compared to the other consoles, the upcoming Wii fitness may push those sales higher.

One thing that the numbers do indicate is that we can expect to see a lot more quality games coming down the pike, and that is a good thing.