You have probably heard that Amazon is seriously looking into a drone delivery system for its geographically local customers. The idea that you can order something online and have it airdropped on demand is one right from the world of science fiction, and I love the concept. However, drones are getting a bad rap at the moment from a lot of negative press, and there are more than  a few unenlightened individuals that would try to take out a small unmanned drone. But Amazon has a plan to keep its delivery drones flying, according to a recently filed patent. 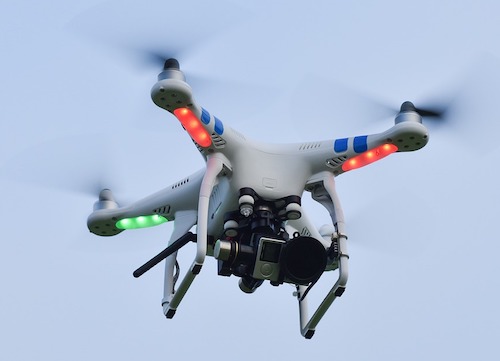 The key piece of technology that goes into Amazon’s drone protection system is a mesh network that allows the drones (UAV – unmanned autonomous vehicle) to stay in communication with each other. Each drone would communicate core data, such as location and physical position, to each other on an ongoing basis. If one drone fails to check in, that unit will be assumed to have been compromised and actions can be taken. 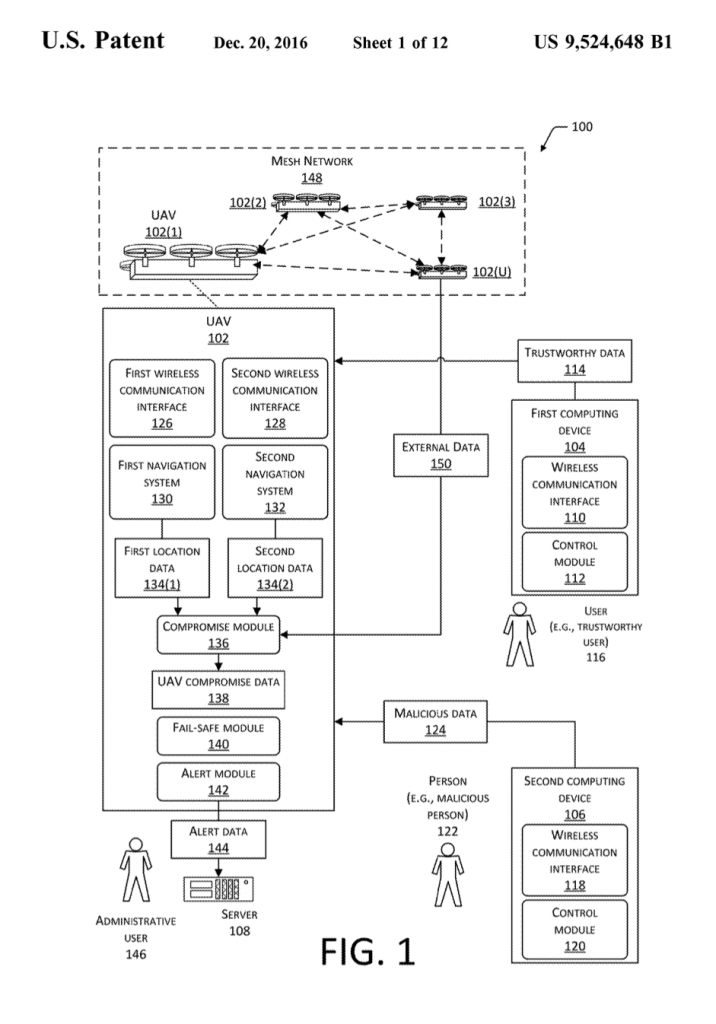 For example, the non-reporting drone could fall back to a “fail-safe mode” and attempt to land in a safe location. The other drones could then provide surveillance until the downed drone could be retrieved by Amazon or one of its representatives.  In the case that the drone is completely unresponsive (think some moron nailed one with a shotgun), the drones can investigate the last known position from a safe distance while providing surveillance video.

Each drone would also be equipped with an array of sensors to detect immediate threats. Those mentioned include radio frequency, sonar, optical, and acoustic sensors. If a drone detects a threat – for example, something thrown at it – the unit can implement evasive maneuvers and land in a safe zone for further inspection or to wait out the threat. In fact, it can even deploy small air bags for a safer landing, In the meanwhile other drones could help take stock of the situation and relay information back to a central control area.

It would seem that Amazon’s focus is catching the perpetrator, which makes sense. First, the drones are rather expensive, and deliberate damage to such a unit could carry a large penalty. Second, knowing that the sky could be filled with several cameras at a moments notice could act as a solid deterrent to anyone contemplating a malicious act.

It would seem that the future is going to involve low flying delivery drones, and not everyone is going to appreciate the convenience. But one thing is certain, taking action against a drone is going to be a lot harder to get away with, and if one does get caught, it is going to be expensive in both time and money. After all, all those sensors and hardware are not going to be cheap. But I do hope they spend a little effort on making them quiet as well.

In 2014, the United Arab Emirates announced an annual international competition and $1 million award, UAE Drones for Good, aiming to encourage useful and positive applications for UAV technology in applications such as in search and rescue, civil defence and conservation.