Analyst Predicts Kindle Will Be Worth $750 million To Amazon 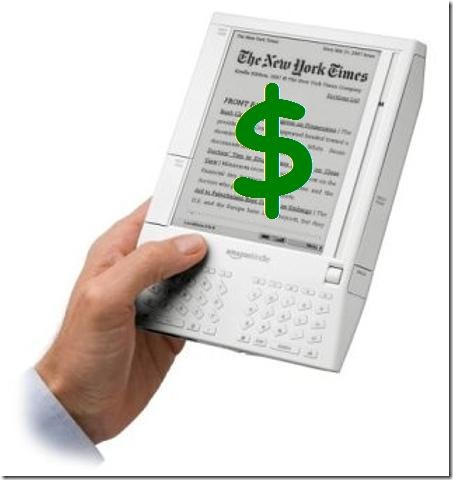 Do people still read? Steve Jobs may doubt it, but Jeff Bezos of Amazon certainly thinks so.  Now CitiGroup Analyst Mark Mahaney is taking Jeff's side of the argument, stating that the electronic reader and its associated business will generate $750 million for Amazon by 2010.

Mahaney calculates that the readers growth will skyrocket from 189,000 the end of this year to 2.2 million in just two years.  You can find his arguments here, but a lot of the argument counts for a 15% price drop, a new refined model (remember,the first iPod was not much to look at either), and the fact that Amazon offers electronic books that are actually substantially lower than their physical counterpart (I personally think this was a major reason why e-books have not taken off in the past).

If it can hit its market, much like the iPod did with music but on a smaller scale, then the prices for electronic versions of popular books could drop even more, making more people interested in switching. In such a case the wireless connection for Kindle could really prove to be a moneymaker. If somehow you are not familiar with a Kindle you can check it out at Amazon here. Wow, what it a world be like where reading was actually cool again?