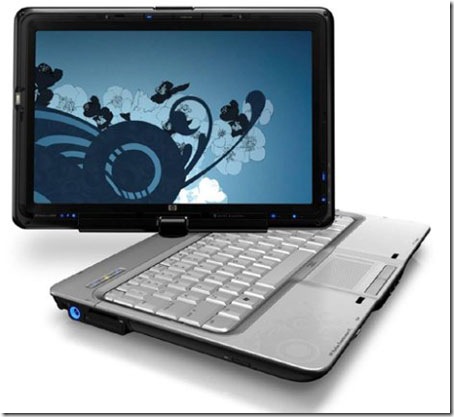 I personally have an old HP TC1100 Tablet PC that I use more or less daily, and I refuse to part with it until something better (in my opinion) comes along. Since HP has dropped that form factor in favor of the heavier full laptop tablet versions I guess I will be holding on to it a bit longer.  However, I can see how this type of tablet would be handy for those who want only occasional use from the tablet functionality.

The base price for the tablet is $1049, after the current $99 instant savings being offered.