By: Greg Chaffins
In: Tech, Uncategorized 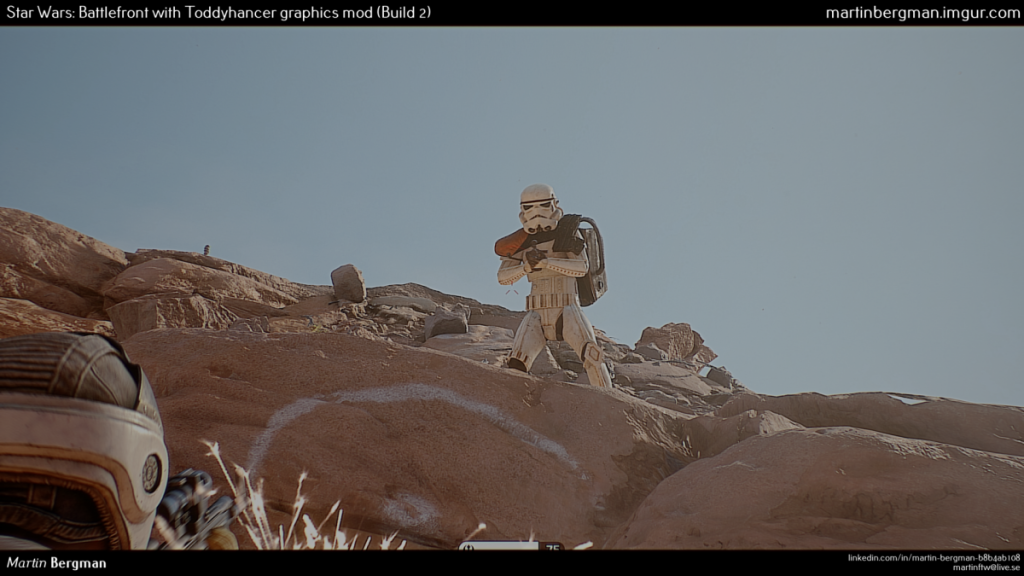 Star Wars Battlefront has been released, and to say that it is a gorgeous game is probably an understatement. But when you see what the Toddyhancer mod, created by Martin Bergman, can do to the game, well, I think we are probably looking at the future of gaming.

It probably goes without saying that Bergman modified the PC version, since it is more accessible than the console version. And at the time of this post I couldn’t find the specs of the PC that the mod was running on, but Bergman claims that he can still get 20 – 30 frames per second while running it.