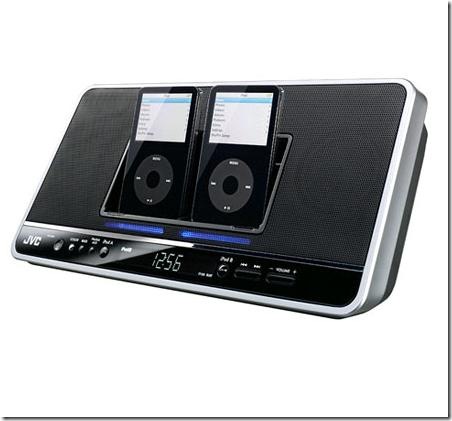 Having an iPod with a dock has become so commonplace and accepted that we now have multiple dual iPod speaker docks on the market.  JVC's Entry, The NX-PN7 Dual iPod Speaker Dock features dual chargers for iPod or iPhone, AM/FM Tuner, and Audio Input.  The unit also features video out for supported devices, allowing users to play their iPod video content on a home TV or monitor.

This could work great for couples that both carry iPod/iPhone devices, as well as for anyone who maintains two such devices.  Given that it would be easy to have an iPhone with an iPod Nano for workouts or running, I can see the need for such a device better than I could at first glance.

LandingZone Dock For Your MacBook Air