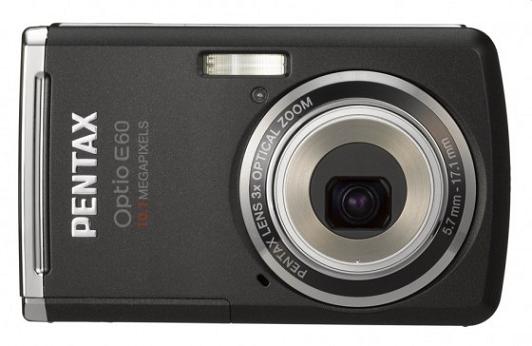 Megapixels in digital cameras just keep growing, and Pentax has upped the ante once again.  Their latest low cost offering, the E60 (and the bigger brother M60) sports a nice 10.1 megapixel image at an even nicer under $140 price tag.

The M60 will be released in Japan August 22 with the E60 being slated to release in the USA in October.  Features of the cameras include:

It is still unclear as to whether the M60 will remain as Japan only or if it will join the E60 and be released in the USA as well.  It also suggests that, just as 3 megapixels did a few years back, 10 megapixels are destined to be the next basic digital camera resolution.  Which means that those 1GB cards you have been holding on to may have just become obsolete for any serious picture taking sessions.

Twist Camera Winds Up for the Snap