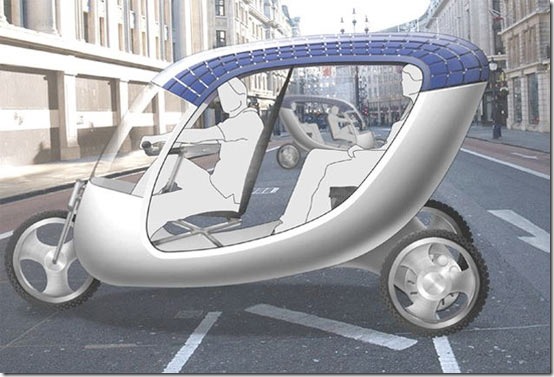 The image of the rickshaw is probably permanently etched into the mind of the traveler and movie buff alike. But now the humble rickshaw driver is potentially getting a boost thanks to a solar powered rickshaw, called the SolarCab, where 80% of the power is provided by a renewable energy, the sun. The other 20%  (or more, depending on the solar activity that day) is powered by the pedaling of the rickshaw driver.

In cities where motor driven rickshaws are common this will help cut back on emissions and keep things a bit greener. Of course, the price for the solar powered rickshaw  could prove to be too cost-prohibitive to be of widespread use in the near future, but at least it is planned to be on the streets of London next year (where the cabs being used as a novelty at first could help offset the price). More information can be found at SolarLab.