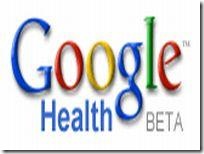 Google, the reigning Internet King, has launched a new service called Google Health (Beta at this time).  The service allows users to upload and store medical information from several sources, as well as to gather new health information, even to the point of asking for a second opinion (According to Marissa Mayer, a Google Vice President).

While having a centralized repository for medical information is a good ideal (anyone that has had to get it together for new Insurance, for example, can attest to the pain of doing it manually), the biggest concerns are privacy.  Google has made repeated claims that it will safeguard the privacy of the information, using the service to broaden its offerings to the consumer and expand its brand (eventually increasing ad revenue). Google is not the only provider of centralized health data, since Microsoft has recently launched HealthVault, a similar service.

How Google Became Pwned by Web 2.0