Mattel Sonic Blaster is a 157 db Toy from the Past 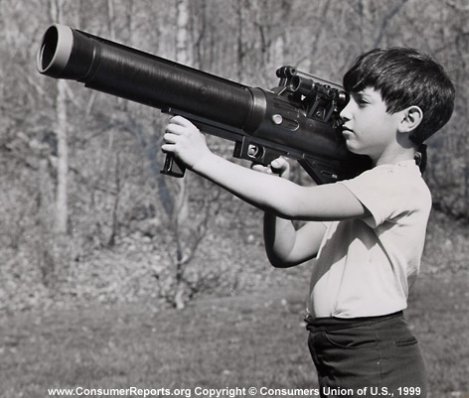 The toys of the past sometimes surprise us with their capabilities.  The Mattel Agent Zero M Sonic Blaster 5530 from 1966 is one of those toys – it could fire compressed air that caused a deafening blast.   Deafening is an accurate word since it pumped out over 157db – above the level that is rated to do permanent damage to an adult’s hearing.

Wow,  that must have been a cool toy.  And we thought BB Guns were the most harm inflicting toys from the past.  Duck, Johnny, before you get blasted. Johnny says, “Huh?”

But wouldn’t that have been cool in the right circumstances?  Just think, the next time a car pulls up with the music way too loud and you had one handy.  I would not actually suggest doing that, but it is a nice thought.