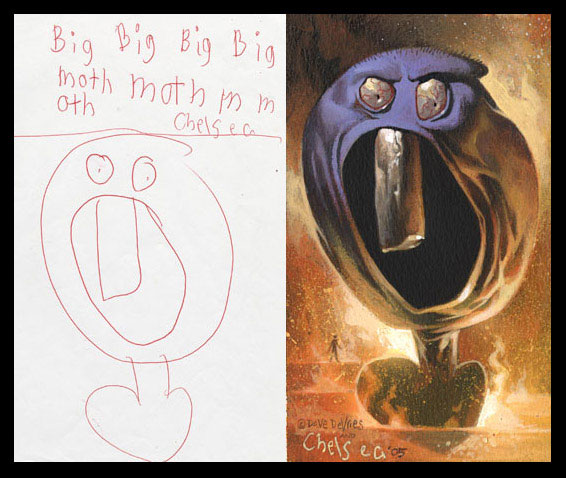 Have you ever wondered what a child’s drawing might look like if it was coupled with the artistic ability to bring it to life on the canvas? Illustrator Dave DeVries apparently did, and so he went about the task seeing where such a thought could take him. According to the artist,

I project a child’s drawing with an opaque projector, faithfully tracing each line. Applying a combination of logic and instinct, I then paint the image as realistically as I can.

The work eventually ended up as a book entitled The Monster Engine, and from what we’ve seen it would be a fascinating book to study. You can almost imagine the child picturing the creatures painted, and the augmented works do stay true to their source material, even giving the child credit in the finished product. Is it any wonder kids are sometimes afraid of the dark? 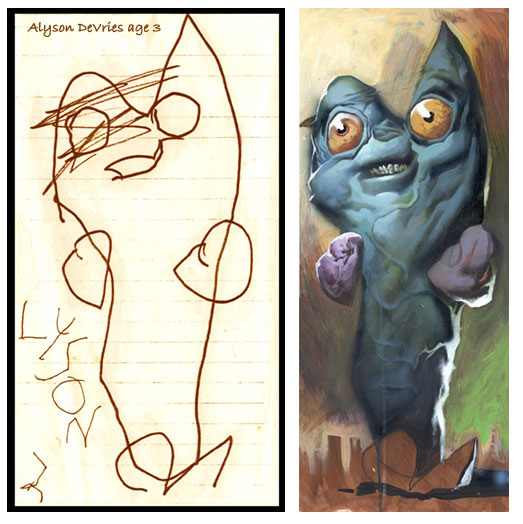