ROBOTOPS Unveils New Robot and Potential Warrior (In Our Opinion) 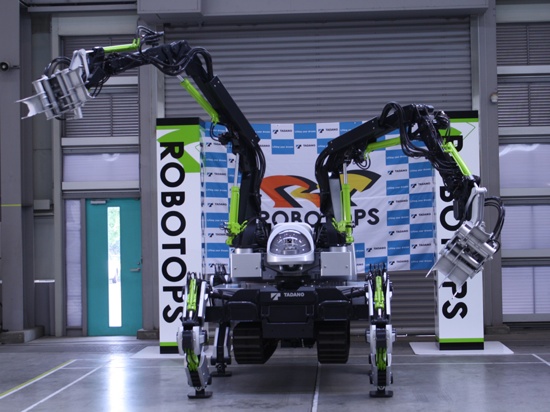 Tadano Ltd recently unveiled a cool dual-armed quadrupedal robotic crane.  The robot culminated a 60 year anniversary celebration for the ROBOTOPS company.  Its development took over a year, and the device features dual treads, four legs and two arms.  The appendages are designed with many 29 degrees of movement (six for the hand and arm, 2 for the shoulder, 12 for the feet, and more) in its body, allowing it to do things that a standard crane simply could not do. 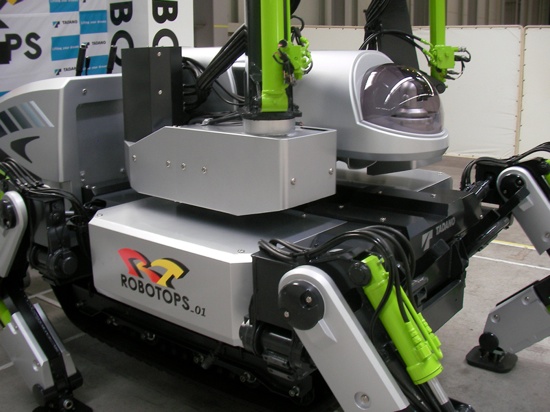 Of course, with a look at the top picture, I have one thought that
comes to mind first – time for an old fashioned robotic throwdown.  Get
together two of the robots (if two even exist at this time), and come
out swinging.  Now this is what Robot Wars needs to interject some life
into the program. Check out the reach on the potential contender – nothing could even get close to it.  Not
to mention the way it could plant its feet to deliver a knockout
punch.  And with those grapplers it could grab and throw (or at least off balance) the
competitor.  Even better, it could start ripping apart the unlucky opponent, grabbing anything that was handy.  As a
crane it is very cool, but as a warrior this thing could be legendary.

The robot also incorporates several CCD cameras and a control system that allows for remote control via joystick (important so that the human component of the combat system escapes immediate injury).  The unit measures at 2.1 x 3.84 x 2.1m, and weighs in at 2.7t.  No word yet on future availability or coliseum appearances. 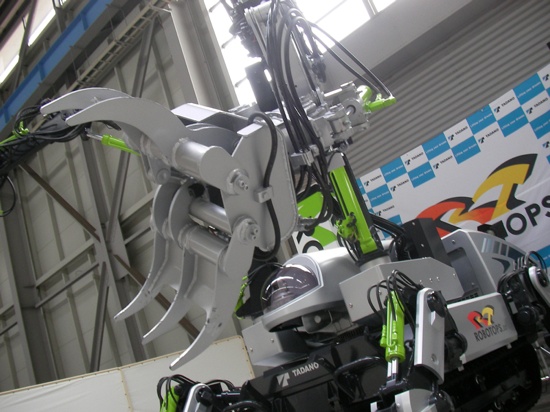 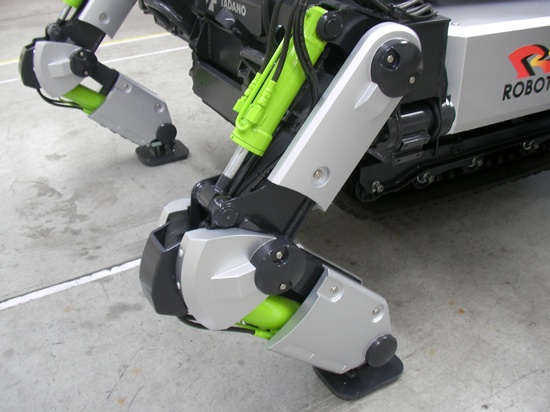